Xiangqi is the local form of chess well known in East Asia, especially in China, which probably exists since the 9th century. Chinese chess, also highly popular as Cu Truong in Vietnam, has strong ties to the Korean chess Janggi.

It is played on a board nine lines wide and ten lines long. As in the game Go, the pieces are placed on the intersections, known as points.

The motives of the game are the same as in international chess: checkmate the opposite king; with the help of a better distribution of material on the board.

If you know the rules already: Come and play!

Between Wednesday, the 26th and Friday, the 28th of July 2017 everyone interested may join us at our information desk; to try out the chinese “sibling of weiqi”.

On Sunday, the 30th of July 2017 you can also join a little tournament:

At the same site of the European Go Congress in Oberhof

The German Xiangqi Association (Deutscher Xiangqi Bund) is happy to announce the organization of a Chinese Chess (Xiangqi) Tournament.

This is meant to be a part of our efforts to promote one of “The Siblings of Go” in terms of a “good playing neighborhood” of both games.

This tournament is especially for all players and officials, who take part at the European Go Congress and can’t stop trying to play other sophisticated board games. It is open to any kind of strength the players might have.

The format depends heavily on the number of players which will show up at the beginning of the tournament. Registration will be between 09.30 and 10.00 o’clock on site.

The main section will play 4 rounds. The number of registered players determines heavily the mode of play (swiss system or round-robin system).

We will use chessclocks. The time for every player playing the 4 round format will be

20 minutes plus 5 seconds on top for each move (increment) per player and match.

At the same playing halls where the European Go Congress in Oberhof takes place.

You pay the fee right before the tournament.

We decide about official gradings for this tournament during the registration procedure.

Uwe Frischmuth from Hamburg/Germany supported by the EXF promotion committee will be the organizer and referee of this tournament. We play strictly AXF rules. 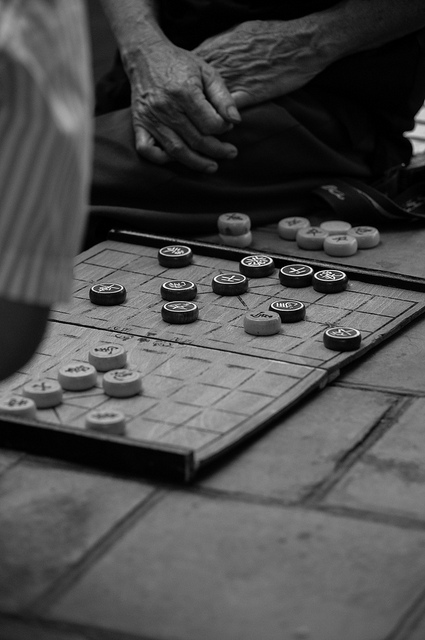