The pair go tournament was another highlight of the European Go Congress.

The tournament is open to mixed-sex pairs with an average rank lower or equal to 5.5 dan (in this respect professionals count as 8 dan). Of all registered pairs, the 32 best compete for the title ‘Open European Pair Go Champion’. All other pairs play in the (normal) Pair Go Tournament. 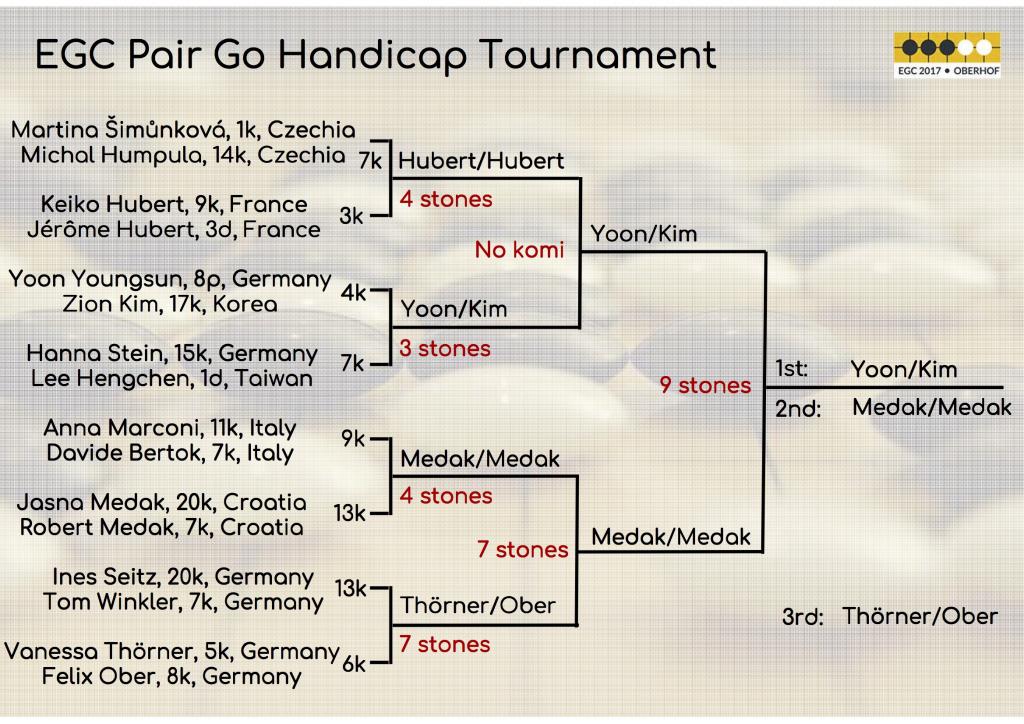 The tournament consists of two stages: a preliminary stage of three rounds and a knock-out stage. A seeding system will make sure that the best four seeded pairs will not compete against each other in the preliminary stage. All pairs with at least 2/3 wins will qualify for the last 16, the four pairs on three wins will not meet before the semi-finals.

We hope that also this year’s event will be sponsored by the World Pair Go Association.

Preliminaries: 30 minutes plus 20 seconds Japanese byoyomi
Knock-out stage: 40 minutes plus 20 seconds Japanese byoyomi
International Pair Go Rules will apply. This means that the order of moves will be restored after an unintentional rotation error has occurred. If such an error is spotted immediately, a three-point-penalty will be given to the pair who made the error.

We will play on the first floor of the Panorama Hotel; rooms will be anounced